A Book Review by Kristin Lord 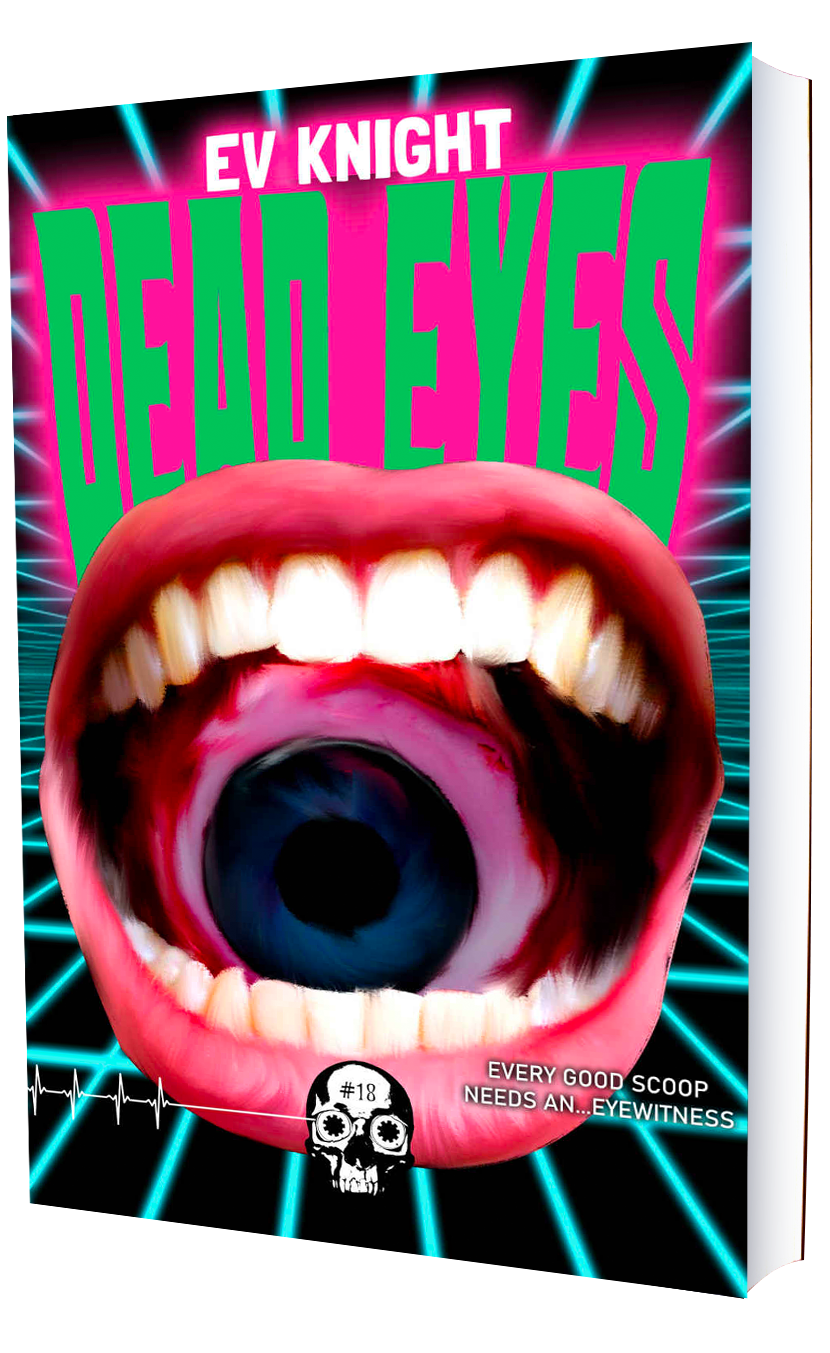 Dead Eyes is a novella by the Stoker Award nominee EV Knight for Unnerving Books Rewind or Die collection. During a graduation party in the summer of 1966, Dave Darrow slaughtered several of his classmates and staged a horrifying scene marrying the atrocities of Jim Jones and Jeffrey Dahmer. When Dave escapes from a psychiatric facility and his twin sister goes missing, everyone assumes the worst.

Fast forward twenty years. The class of 1986 is preparing to graduate and Lisa Thompason desperately needs a journalism scholarship to attend her top school. Her in—an exposé on the Darrow killings. She is determined to solve the mystery of what happened in 1966. When a single mother and teenage daughter the same age as Lisa move into the long-abandoned Darrow house, Lisa jumps at the chance to befriend the girl.

High school cliques and antics á la classic Christopher Pike and R. L. Stine abound—not to mention the 1980s slasher flicks we all know and love—dredging up fantastic nostalgia for anyone who grew up on Chain Letter or Fear Street. Knight takes the teen horror trope to the next level with graphic scenes of enucleation and evisceration. As the mystery unfolds, Lisa seems closer than ever to discovering the truth behind the decades old crimes. But with each new discovery, the danger to Lisa and her friends increases. Will she solve the crime, or end up another victim of Dead Eye Dave?

This is slasher horror at its finest, with plenty of twists packed into a short tale. Knight manages some astounding character development in a short amount of time and does each character justice. Horror fans old and new will enjoy this fast paced rewind.

Also check out Knight’s debut novel The Fourth Whore. Since the dawn of humanity, women have suffered at the hands of men. No one knows this better than Lilith, Adam’s oft forgotten first wife. After centuries of abuse and isolation, she has been freed. Vengeance, thy name is Lilith.

>
Dead Eyes on Amazon The Fourth Whore on Amazon
Download our current issue!