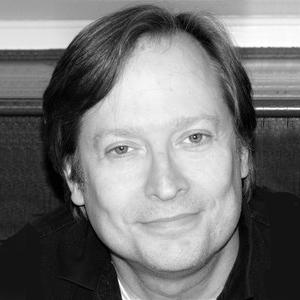 Kurt Baumeister has written for Salon, Electric Literature, Guernica, The Rumpus, The Nervous Breakdown, Rain Taxi, The Good Men Project, Entropy, Volume 1 Brooklyn, and others. A Contributing Editor with The Weeklings, Baumeister reviews books for The Nervous Breakdown (where his Review Microbrew column is currently on hiatus). He also curates the Under the Influence feature for Entropy and conducts the Six Ridiculous Questions interview series for Volume 1 Brooklyn. A graduate of Emerson’s MFA program, his debut novel, a satirical thriller entitled Pax Americana, was published by Stalking Horse Press in 2017. He is currently at work on a novel, The Book of Loki, and a hybrid collection of fiction, nonfiction, and poetry entitled Superman, the Seven Gods of Death, and the Need for Clean, Romantic Poetry. Find him on Facebook, Twitter, or at kurtbaumeister.com.

“Kurt Baumeister has more fun with language than any novelist since Money-era Martin Amis. I haven’t read such marvelously obsessive prose in years.”

“…the thriller’s been reinvented, smartened up, and rendered blazingly funny in Kurt Baumeister’s wild, raucous ride of a novel…”